The general point is that if we imagine a euro breakup, I think everyone would agree that the new mark would soar in value, making German manufacturing much less competitive. The German public imagines that it is being cruelly exploited for the benefit of lazy southerners; arguably, what’s really happening is more like China’s purchases of dollars, which are intended not to subsidize America but to boost industry. 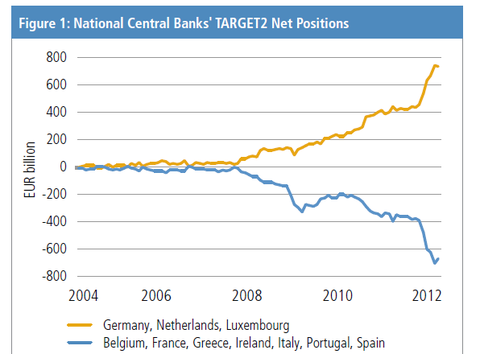